Ricardo Zappa
A biography, or simply bio, is a detailed description …
May 22 · 8 min read

History of Baseball in the United States of America

In baseball, the pitcher is the player who throws the baseball from the pitcher’s mound toward the catcher to begin each play, with the goal of retiring a batter, who attempts to either make contact with the pitched ball or draw a walk. In the numbering system used to record defensive plays, the pitcher is assigned the number 1. The pitcher is often considered the most important defensive player, and as such is situated at the right end of the defensive spectrum. There are many different types of pitchers, such as the starting pitcher, relief pitcher, middle reliever, lefty specialist, setup man, and closer.

Traditionally, the pitcher also bats. Starting in 1973 with the American League and spreading to further leagues throughout the 1980s and 1990s, the hitting duties of the pitcher have generally been given over to the position of designated hitter, a cause of some controversy. The National League in Major League Baseball and the Japanese Central League are among the remaining leagues that have not adopted the designated hitter position. 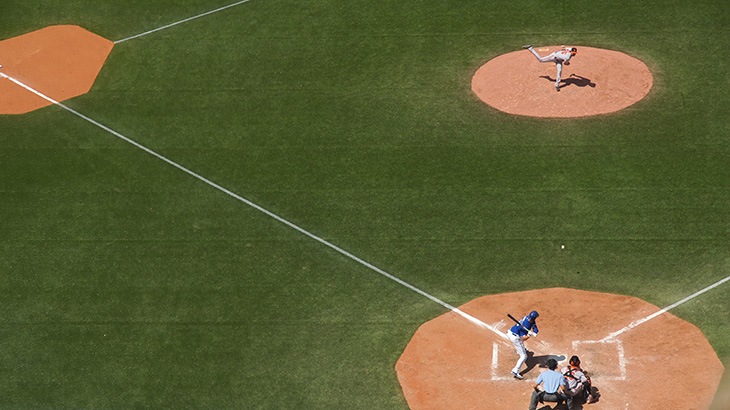 Baseball evolved from older bat-and-ball games already being played in England by the mid-18th century.

2. Pitching in a game

A skilled pitcher often throws a variety of different pitches to prevent the batter from hitting the ball well. The most basic pitch is a fastball, where the pitcher throws the ball as hard as he can. Some pitchers are able to throw a fastball at a speed over 100 miles per hour (160 km/h; 150 ft/s), ex., Aroldis Chapman. Other common types of pitches are the curveball, slider, changeup, cutter, sinker, screwball, forkball, split-fingered fastball, slurve, and knuckleball. These generally are intended to have unusual movement or to deceive the batter as to the rotation or velocity of the ball, making it more difficult to hit. Very few pitchers throw all of these pitches, but most use a subset or blend of the basic types. Some pitchers also release pitches from different arm angles, making it harder for the batter to pick up the flight of the ball. 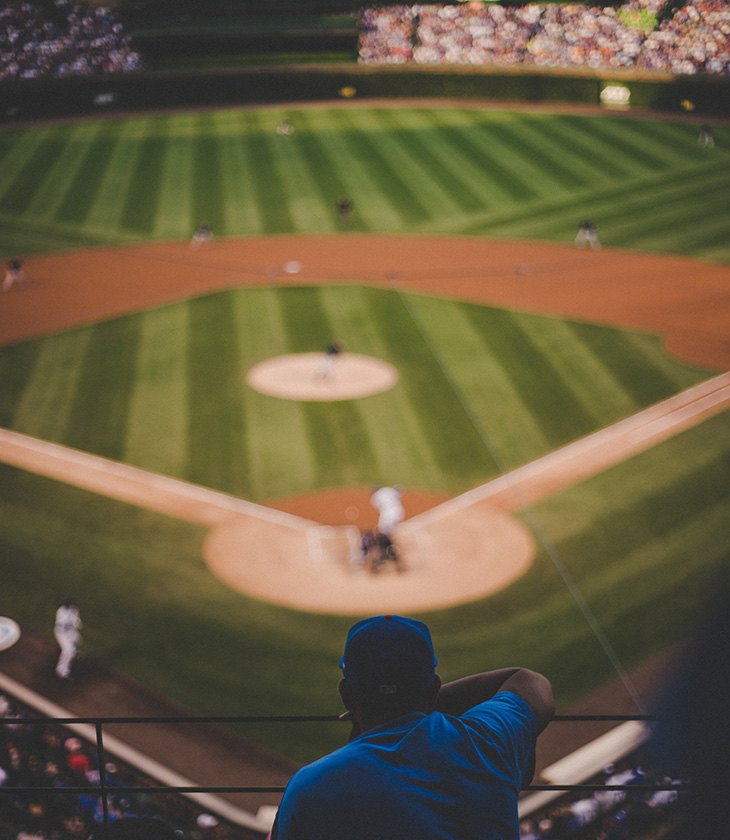 Baseball was brought by immigrants to North America, where the modern version developed.